5 Milestones in my AR Journey 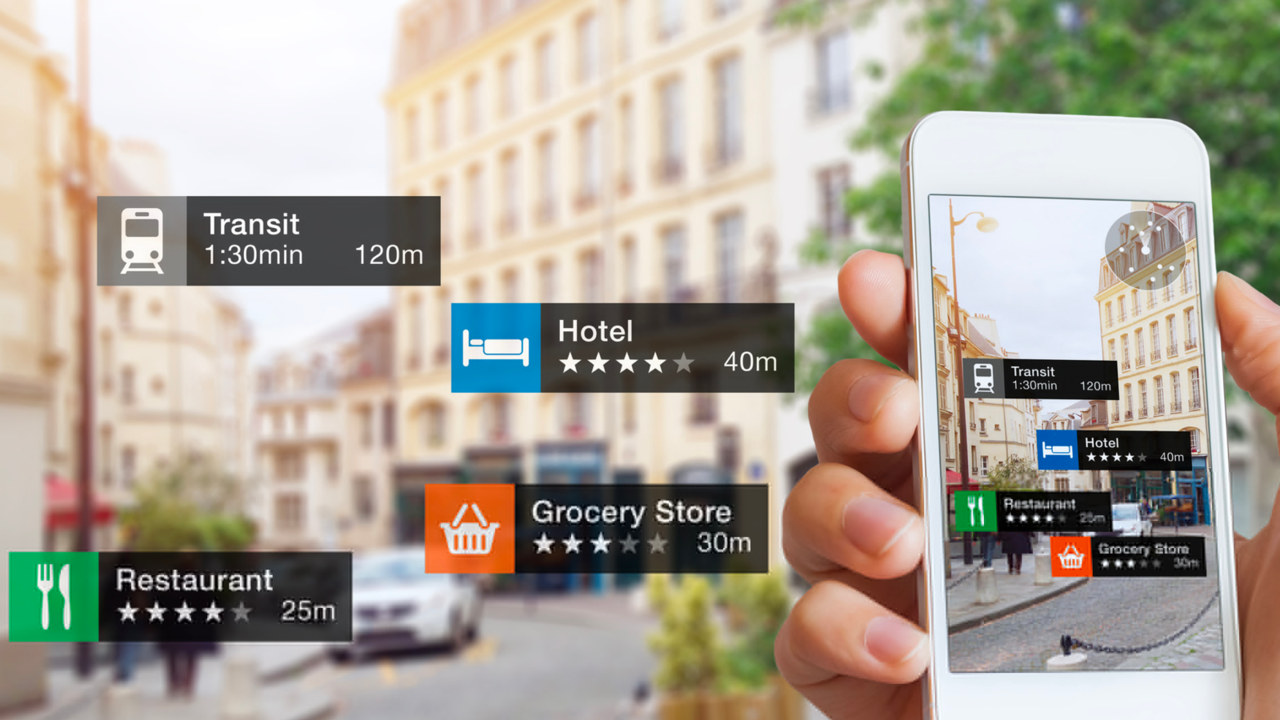 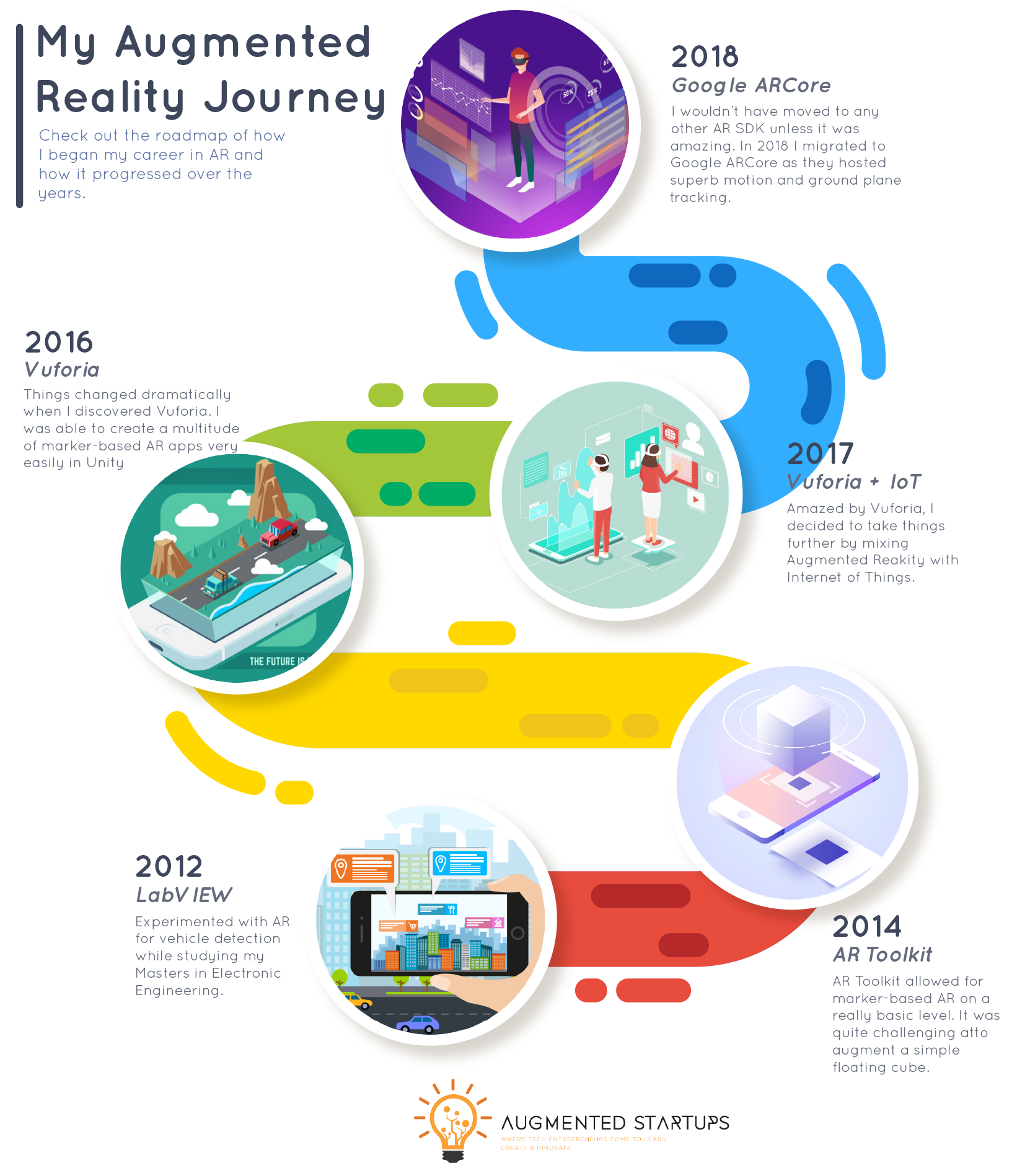 So you’ve probably enrolled in my AR Business Card Crash Course, however, I have not yet formally introduced myself. My name is Ritesh Kanjee from Augmented Startups. I’ve been specializing in technology such as Augmented Reality, Artificial Intelligence as well as Electronics. Now for you to get to know me a bit better, I want to tell you a little story about how I’ve progressed through AR with all the available toolkits out there. But before I do; please click the button below to join our Facebook AR community and connect with all the wonderful AR practitioners within the group.

So I began my AR journey under Masters with the topic being Vision-based Adaptive Cruise Control. Now this project was not specifically AR, it was more computer vision. However, most AR algorithms are built using some sort of computer vision. So I used LabVIEW (worst AR tool ever!) to overlay a bounding box on cars that are detected by the camera. It was a very simple form of AR that you can implement. However, you do NOT want to use LabVIEW for building AR apps.

During my Master’s Degree, I began to explore other AR frameworks. I happened to have stumbled across AR toolkit (not to be confused with Apple ARKit). Now AR toolkit was a great step forward for any developer to create simple AR apps but it was only marker-based AR. So you need to detect a piece of paper that had a fiducial marker (sort of looked like a QR barcode). It would use some computer vision algorithm to detect position and orientation. This was all great if you can clearly see the markers, but if you lose sight of the marker or if you occluded the marker by mistake, you will lose your tracking of the marker. Thus your AR object would temporarily disappear. In other words, detection and tracking were flakey.

Vuforia took AR to the next level by implementing not only marker-based AR but also implementing some smart features to ensure that the image marker would be tracked beyond the visible target, using features such as Smart Terrain and Extended tracking. Not only that, but Vuforia also allowed for integration into the popular game engine Unity 3D which made AR development so much easier. Other cool features they implemented was tracking multiple targets and having virtual buttons that you can trigger new events.

During mid-2017, I was comfortable enough to expand my AR skills and go beyond what was readily available on the net. So I learnt how to mesh Augmented Reality with IoT to form IoT-AR with the aid of a little microcontroller called Particle Photon (Arduino-based Device). The Photon publish variables to the cloud, where they could be retrieved via JSON & REST API within Unity.

All that Vuforia momentum changed once Apple announce ARKit as well as the awesome markerless AR apps you could create. Google followed suit by releasing their own toolkit called ARCore. ARCore and ARKit both fundamentally do the same thing which is provide ground plane tracking as well as superior motion tracking. So now you weren’t limited to a piece of paper (your AR marker) but now you were able to bring AR at a life-size scale. This was a game changer.  Since then, Vuforia has also implemented their own ground plane technology which integrates seamlessly with both ARKit and ARCore.

Wrapping it all up

Yep, so that’s my story. I would really love to hear your story. Where you are in terms of your development, where do you want to go and what you want to build? If you feel like sharing, then let me know your thoughts over at this survey below.